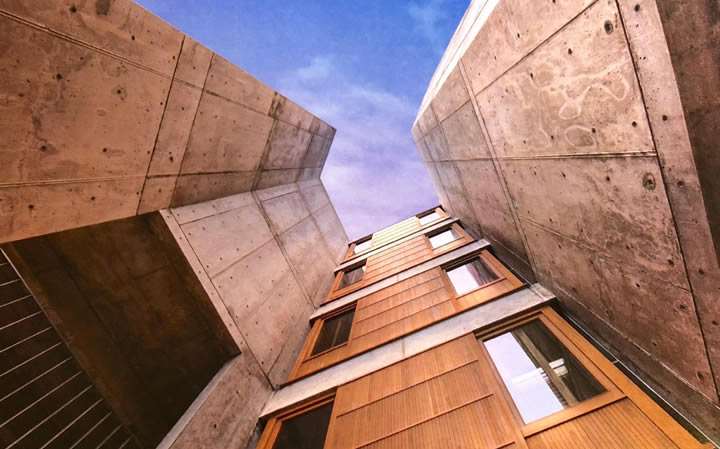 We’ve been pretty excited about the growing availability of Teak that’s become available for uses outside the boat-building industry in recent years. But never did we expect to be able to put it to use in such an amazing historic restoration as the Salk Institute in San Diego. This gorgeous feat of architectural wonder was designed by Louis Kahn back in 1965. Kahn’s combination of concrete with window walls crafted from Teak had, unfortunately, become blemished with uneven weathering along with staining from various types of fungus. When we heard that the GCI (Getty Conservation Institute) was planning to take on this project, we asked to partner with them.

Renewed Affirmation of the Superior Weather Resistance of Teak

We’ve long appreciated the weather-resistant nature of Teak, and this project only confirmed that conviction. Even when subjected to the harsh environmental conditions of the ocean-front locale, the Teak used on the Salk stood the test of time, lasting more than 5 decades! According to the intentions communicated in the restoration initiative, the GCI worked with Rudolph and Sletten to salvage and restore approximately 67% of the original Teak; the Teak itself was not the issue. Because the finishing capabilities available back in the 60s weren’t on par with today’s abilities, a lot of the damage resulted from an inferior marine varnish that basically trapped the moisture next to the wood, allowing fungus to grow and then stain its surface.

Combined with the lack of weather-shedding methods such as flashing, moisture unfortunately won out over time, causing some of the Teak to rot. But still, the fact that only 33% or so needed to be completely replaced is an enduring testament to the durability of Teak.

Rising to the Challenge of Matching Vintage Teak 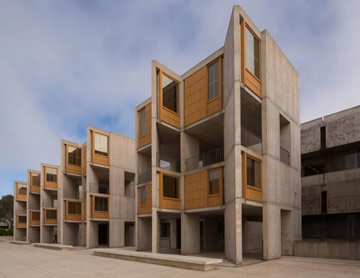 You can probably imagine how challenging it was to try to match the original Teak from the 1960s! Even though what needed to be replaced was only a small percentage of the original amount of Teak, it still added up to about 30,000 board feet. We had to source quartersawn boards of old growth Teak with particular numbers of growth rings per inch — and in non-standard sizes, too. To say the task was daunting would be quite the understatement. At one point, we weren’t even sure that it would be possible, due to the log embargo and export restrictions on Myanmar.

Before work could begin, we conducted several site visits and meetings with GCI representatives to personally view our inventory of Teak and discuss the issues relating to legality and sustainability of the Teak we carry. After that, we partnered with the wood scientist they had on staff as well as other restoration staff members to plan for finishing and maintaining the beauty of the Teak for the future. After that, we worked together to hand-pick all the Teak required and ship it out to San Diego. 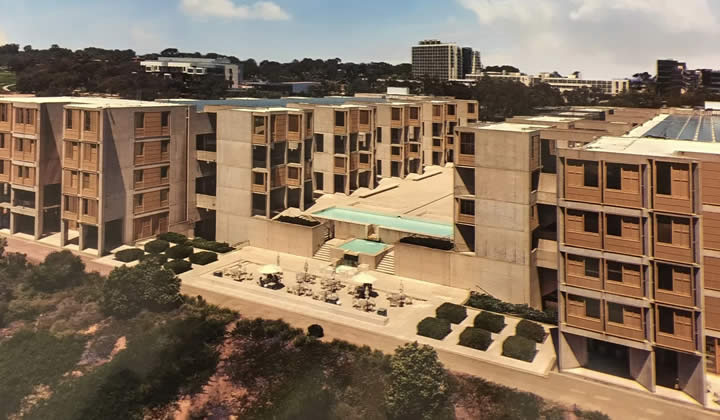 The results of all this collaboration and careful restoration included value engineering and carefully analysis of construction methods, and it included a 50% reduction in the cost of the project, compared to original estimates.