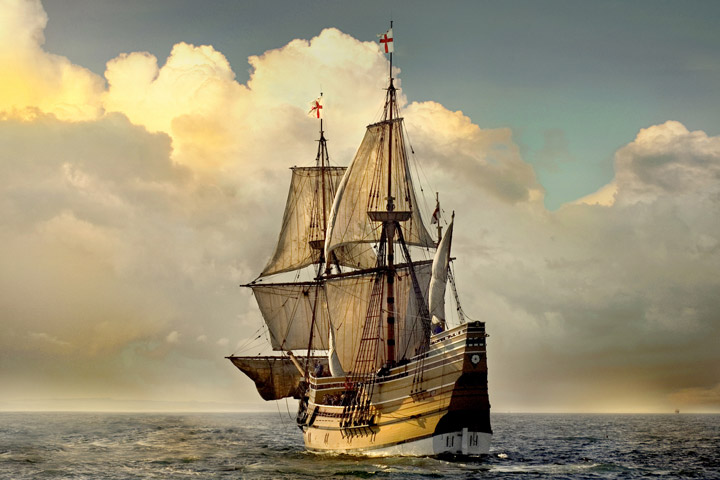 Usually, we’re pretty black-and-white around here, educating you about various wood species and applications. But we’re going to shift gears for this post and tell you a little story. Perhaps it’s our company’s 200-plus years of experience in the American lumber industry that makes American history so interesting to us, but we hope that you find it just as intriguing.

The Mayflower. We all remember hearing about how it brought some of the first pilgrims to Plymouth in the early days before our nation was officially begun. That ship, of course, was made by someone, back across the Pond. It was a well-made ship, made from English White Oak. Also known as Royal Oak, English White Oak trees once grew to be quite large, often exceeding 150 feet in height, with trunk diameters in excess of 30 feet. British historians often refer to those trees as having “built an empire,” but like the empire, those trees would not last. The seventeenth century brought decimation of English White Oak trees, due to Dutch Elm disease.

As a result of decreased availability of freshly harvested lumber, using reclaimed timber became a necessity. Old ships no longer deemed to be seaworthy would be dissembled, allowing the wood to be used for new inland construction, such as homes and barns. Many historians who have studied that era believe that the famous Mayflower was torn apart for that exact reason. 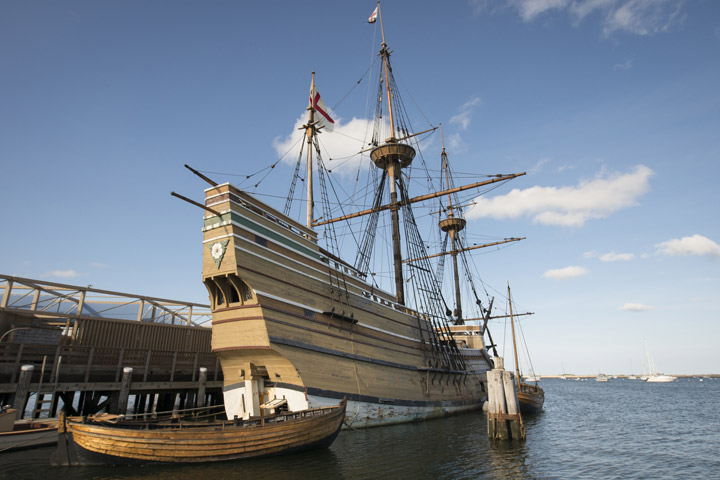 After being decommissioned in 1624, lumber from the Mayflower was sold; many believe that the barn in Jordans, England, known as “The Mayflower Barn,” is the result of that sale. While the story isn’t quite documented enough to make its way into official historical record, it’s not just legendary, either. One connection between the barn and the pilgrim ship is the crack in the barn’s central beam resembling the hull beam of the Mayflower, which was recorded to be damaged during a storm. Another clue comes from the letters “ER HAR” which could reflect the sign that would have hung on the transom of the ship: “Mayflower Harwich,” referring to the ship’s name and its home port.

Despite the not-quite-verifiable claims of a barn made from reclaimed Mayflower lumber, it is a pretty exciting idea, isn’t it? Imagine having your own piece of history, especially as significant as that! For us in the lumber industry, the idea that English White Oak could still be working hard, 400 years after it was first harvested, is just as thrilling.

J. Gibson McIlvain continues to build on the same principles on which we operated back when McIlvain lumber was used to build the White House and other historical buildings foundational to our nation’s story. We’re considering a new product line of reclaimed timber, realizing that traditional forms of designating quality simply won’t apply. While we continue to research the potential for this new-yet-old idea of carrying reclaimed lumber, we hope you’ll feel a sense of connection with history simply by purchasing lumber from our centuries-old, family-owned-and-operated lumber company this year.